Do I have to confirm my travel insurance?

Whom does the insurance cover?

The insurance covers the person who makes the reservation and the accompanying persons.

What happens if I do not show up at the hotel (No show)?

Clients who do not show up will lose their right to any claim, thus losing the money deposited at the time of making their reservation

How long do I have to claim my insurance?

What is the coverage of my cancellation insurance?

Travel cancellation expenses, up to €10,000 per
person

Before the trip, what are the cancellation reasons?

The cancellation fees will be reimbursed to the client as long as it complies with any of the 25 causes that are detailed in the general conditions of the insurance policy. Here we indicate them to you:

1. Due to death, hospitalisation of at least one night, serious illness or serious bodily injury of:

2. Insured Party being summoned as a witness or to serve on a jury in court.

3. Being selected as a polling station staff member for state, autonomous or municipal elections.

4. If the dates of any public examinations summoned through a public body that the Insured party will sit are announced after the insurance has been taken out. This may also affect the Insured Party as a member of the Tribunal for these exams.

5. Serious damages to the Insured Party’s main or secondary residence, or professional premises if they are the direct operator or self-employed, caused by fire, explosion, robbery or by the force of nature and their presence is essential.

6. Due to dismissal of the Insured party. In no case will this insurance be used upon termination of an employment contract, voluntary resignation or failure to pass a trial period. In all cases, the insurance must have been signed before a written notification of the dismissal was given to the employee by the Company.

7. The Insured party starting a new job, in a different company with an employment contract of longer than six months and provided that the incorporation occurred after registration of the travel and, therefore, after taking out this Insurance policy.

8. When the Insured party must pay more than € 600 to the tax department - the Ministry of Economics and Public Administrations because of their end of year tax declaration.

9. Act of aerial, terrestrial or naval piracy that makes it impossible for the insured party to start their trip on the scheduled dates.

10. A call for the surgical intervention of the Insured party, including any prior medical tests that need to be carried out for such an intervention. (Including organ transplantation as a recipient or donor).

11. A call from Public Health system to the Insured Party or their first or second degree relatives to carry out medical tests as a matter of urgency, provided they are justified by the seriousness of the case.

12. Serious complications in pregnancy where medical recommendations require the Insured party, their spouse, defacto partner or live-in partner to rest or to be hospitalised, and as long as the complications that have arisen have occurred after taking out the insurance policy and put the continuity or development of that pregnancy at serious risk.

14. Police arrest of the Insured party for non-criminal causes, occurring after the insurance has been taken out.

15. Judicial summons for proceedings of a divorce that was agreed after the arranging the travel.

16. An urgent requirement to join the armed forces, police or fire services, as long as the incorporation is notified after the insurance policy has been taken out.

18. Unexpected call for organ transplantation of: The INSURED PARTY or a relative. The companion of the INSURED PARTY, registered in the same reservation.

19. Request to sign official documents before the Public Administration during the trip.

20. Delivery of a child for adoption, when the date coincides with the dates of in trip.

22. Judicial declaration of the bankruptcy of a company that prevents the INSURED PARTY from carrying out their professional activity.

23. Theft of documentation or luggage that makes it impossible for the INSURED PARTY to start their trip.

How can I cancel my booking and request a refund?

You can cancel your reservation and request a refund according to the policy cancellation conditions.
We indicate you the STEPS TO FOLLOW:

If you have any doubts, you can contact the insurance company by calling +34 91 566 15 88. Remember that in order to identify yourself you must indicate your policy number.

Where can I find all the information related to my cancellation insurance?
Sehen Sie alle Bedingungen der Stornierungsversicherung 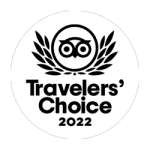